Denair Academic Avenues had a special guest at their assembly on Friday, February 21, 2014. Turlock native, Ali Cox, was a silver medalist on the 8-member USA rowing team in the 2004 Olympic Games, in Athens, Greece.

She brought her enthusiastic attitude to talk with students about what it takes to be an Olympian, not just in sports, but throughout their lives. Cox told D2A students about four keys to high achievement; setting goals, working hard, being a good teammate, and focusing and preparing for the task at hand. Cox was an inspiration to all who attended. 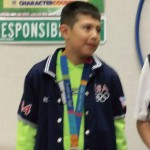 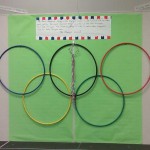 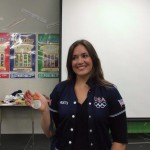