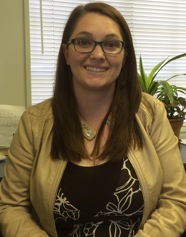 Covello comes to Denair after five years at the Monterey Peninsula Unified School District, where she most recently was a categorical program analyst in the finance department. Her first day in her new position was April 1, 2014.

Covello takes over at a key time in the history of the Denair district, which required a loan from the Stanislaus County Office of Education to balance its $8.7 million budget this year and has made a series of tough but necessary financial decisions to position itself for the future. She will work alongside Douglas Crancer, who has served as the interim chief business officer since last year. He will remain as a part-time adviser through the 2014-15 school year.

“With many changes being made at DUSD, I think the biggest challenge for the district will be moving on from how things have been done or handled in the past,” said Covello. “I am confident that DUSD is moving towards a brighter future and I’m very excited to be a part of the district during this time of transformation and growth.”

Covello, 28, grew up in Los Banos and graduated from high school there before getting a bachelor’s degree in business and accounting at Brandman University. She worked as a purchasing agent in the Monterey district, where she was promoted three times in five years. Her responsibilities included accounting and financial oversight for 19 campuses. She is credited with streamlining a number of processes related to auditing issues and the district’s budget.

The Denair opening appealed to her on two levels: It was a chance to join a new team with a shared vision about education as well as an opportunity to move closer to her family.

“I was quickly drawn to Denair Unified School District because of a few key words in its mission statement: ‘recognizes our children as our future’ and ‘lifelong love for learning,’ ” Covello said. “I was further drawn to DUSD after seeing the location and meeting some of the people involved with the district because it felt like a tight-knit family who cares about each of the students, staff and community members and wants to see each student not only pass, but succeed with flying colors.”

Rosander said Covello’s immediate priorities would be to ensure the district maintains fiscal integrity, learn the “big picture” of school finance and operations, and work with teachers and others to create “the best possible learning environment” for students.

Covello said her initial focus will be “to work with site administrators in accessing their financial information” while developing into “the full-time support that has been missing.”

She also will work with Rosander, Crancer, other district leaders and community members to respond to new requirements tied to state funding.

“She is very knowledgeable about state and federal funding and the multiple rules that must be adhered to with such funds,” Rosander said.

Covello and her husband, Benjamin, live in Turlock.