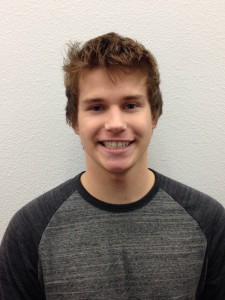 Denair High School’s Kenneth Carder is the only member of this senior class who has earned his FFA State Degree. This ambitious student, who has been a member of Denair FFA since eighth grade, previously earned his Greenhand and Chapter Farmer Degrees.

Kenneth is working this year on his FFA American Degree, which is not awarded until next year. Currently enrolled at Modesto Junior College in an Ag Computer Applications class, Kenneth plans to major in Animal Science and become a veterinarian.

Kenneth demonstrates all three circles of the agriculture education model. He is an excellent student in class, attends monthly FFA meetings, and has carried out a Supervised Agricultural Education Project (SAEP) in swine, each year. Students like Kenneth are great role-models to those looking to be involved in FFA.