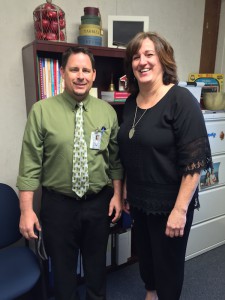 Two veteran educators will move into different leadership roles in the next school year within the Denair Unified School District, which has launched a statewide search to fill the vacancies their new assignments will create.

Michelle Bush will take over as the senior director of curriculum and instruction, student support services and state preschool. For the past two years, she has been the principal at Denair Charter Academy.

“These changes are made solely to enhance the effectiveness at each of our schools and across the district,” Superintendent Aaron Rosander said in a note to the staff.

Bush began teaching in the district in 1991 and previously was the principal at Denair Middle School for three years. She will replace Fawn Oliver, who plans to retire at the end of this school year after working in various administrative roles since 2001.

“Michelle’s many talents and skills will be put to powerful use in this new capacity,” Rosander said.

Delworth, a Denair graduate, has worked as a teacher and administrator in the district since 2004. The new role returns him exclusively to the middle school, where he served as principal from 2010-13.

“(He) has extensive experience at the middle school level. His full-time leadership at DMS will undoubtedly be welcomed and invaluable,” Rosander said.

New principals will be recruited for the high school and DCA, Rosander said, and are expected to be in place when the new school year begins in August.