The Denair Unified School District Board of Trustees said goodbye to its popular superintendent, approved a one-time salary increase for teachers and agreed to refinance its debt to save money at a busy meeting Thursday night.

Superintendent Aaron Rosander – who inherited a district threatened with state takeover in 2014 – leaves it in much better financial shape than we he arrived. Enrollment has stabilized, new programs and an energetic leadership team are in place, and employee morale is definitely on the rise.

“Mr. Rosander, you changed the face and name of Denair. We were down and out and almost taken over. Thank you,” said Trustee Kathi Dunham-Filson.

Echoed Board President Ray Prock Jr.: “We wouldn’t be here today without you. … We are forever grateful.”

Rosander, whose daughter recently graduated from Denair High School, intends to move to the Bay Area to be closer to his elderly parents. He called educators “dream builders” who provide inspiration and guidance to students.

“It’s been a nice ride the last 4½ years,” he said. “Denair has been very good to my daughter and I. … It has been my honor and pleasure to work with you.”

Before the tributes to Rosander, trustees unanimously approved a one-time 4.31% payout to teachers based on their 2017-18 salaries. It is not a raise in their base pay, but “continues to show the board’s commitment to and respect for our teachers,” Rosander said.

Prock, Dunham-Filson and John Plett supported the proposal. Trustees Crystal Sousa and Regina Gomes were not at Thursday’s meeting.

Teachers took an 8% salary cut in 2013 when the district was in financial crisis. Some of that money since has been restored, with permanent increases tied to specific gains in enrollment. Thursday’s action will cost the district $207,500. 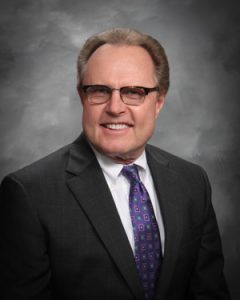 An emotional Aaron Rosander announced Thursday night that he will not return as the Denair Unified School District superintendent after his contract expires at the end of June. School board President Ray Prock Jr. said a search for Rosander’s replacement will begin immediately.

Rosander, 61, came to the district in February 2014 from Mariposa, where he was the county schools superintendent. In Denair, he took over a district in severe financial distress that barely had avoided state takeover by layoffs and salary cuts.

Within two years, the district no longer required budget oversight from state and county schools officials. Under Rosander, Denair opened a popular new elementary charter school, expanded programs at all four campuses, partially restored salaries, worked to restore community trust and successfully repelled an effort by Turlock Unified to take over some of Denair’s territory.

Rosander read a letter at Thursday’s monthly Board of Trustees that he sent Friday morning to all district employees. In it, he acknowledged the difficult choices he initially confronted as well as the pivotal decisions that lie ahead.

“As I look back on our past four years, I am reminded of the many chapters of our bold work to overcome the formidable challenges that threatened the very existence of our schools,” he said. “And, while the work that we ventured into is not entirely complete, we can declare that we now stand on solid ground and be proud of the powerful platform we have set for our schools in future years.”

Without unveiling specifics, Rosander intimated that major changes could be coming to the district, which still faces chronic enrollment issues. Even as it has added youngsters at Denair Elementary Charter Academy thanks to the dual immersion language program, the number of students at Denair High School and Denair Middle School continues to decline. END_OF_DOCUMENT_TOKEN_TO_BE_REPLACED 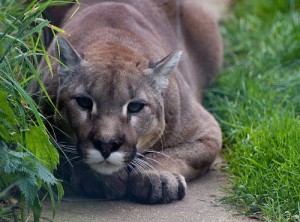 Aaron Rosander, superintendent of the Denair Unified School District, recorded phone messages to parents and guardians that were sent Wednesday and Thursday in English and Spanish. In addition to the recorded messages, teachers discussed safety tips in class Thursday and elementary students were told to stay on the blacktop during recess and while teachers and aides stayed on the perimeter. Two-page flyers were sent home with about 1,250 students later that day. END_OF_DOCUMENT_TOKEN_TO_BE_REPLACED

An 8 minute audio transcript from the January 23, 2014, Denair Unified School District reception for new superintendent, Aaron Rosander, has been posted below. DUSD board president, Robert Hodges, introduced the new superintendent, followed by comments from Mr. Rosander, to a packed DUSD Leadership Room audience.

If you were unable to attend the event, it’s a great way to get to know the new leader of Denair Unified School District. Mr. Rosander officially takes the helm of the district on February 10, 2014.