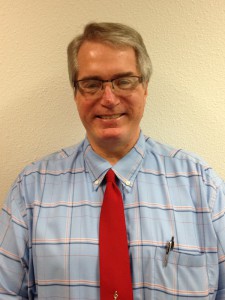 Mr. Thissen graduated from Fresno State with a degree in Music Education after attending Chowchilla High School. He has performed professionally as a trombone player with the Merced Symphony (where he was also manager), Tulare County Symphony, the Fresno Philharmonic, the Eugene Opera and with community concert and jazz bands in California and Oregon. He has performed with jazz greats Don Ellis, Maynard Ferguson, and others from the Old Tonight Show with Johnny Carson.

At Denair, Mr. Thissen would like to see the program grow back to a full time position. In time, he envisions the introduction of Beginning Guitar, Jazz Studies/Jazz Band, and developing greater continuity within the music program, to keep students who begin an instrument in elementary school continuing through high school graduation.

Mr. Thissen loves working with youth. His favorite moments are those “I got it” moments when his students’ faces beam with pride for what they have accomplished with music. He added, “It’s great to see them show what they have learned and express the love of music that I brought to them.”

Mr. Thissen has been married to his “best friend” Nancy for over 38 years. They met in college and have two sons who are both married. The Thissens have five grandchildren.