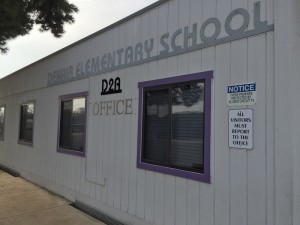 Two elementary campuses will become one at the start of the next school year in Denair, it was announced Thursday night.

A new charter will be written that incorporates the best of both campuses, Superintendent Aaron Rosander told Denair Unified School District trustees Thursday night in unveiling the plan. He cited the charter school’s Spanish language and fine arts programs and DES’s music and traditional academic offerings as strengths that would be retained on a unified campus.

“The charter is proposed to provide a Spanish language dual immersion program and exposure to fine arts throughout in a ‘college awareness’ school culture,” Rosander explained. “This new charter is projected to be the pre-eminent elementary education leader of its type in our local region.”

Denair Academic Avenues, or D2A as it is known, was formed in 2010. In addition to enriched Spanish and performing arts instruction, it adds 30 minutes to the school day Monday through Thursday. Because it is a charter school, students outside the DUSD can attend without needing permission from their home district.

Denair Grammar School started in 1907. It was renamed Denair Elementary School when four classrooms were built on the current site in 1949.

Principal Sara Michelena, who oversees both schools, had multiple discussions with teachers, parents and community members about the consolidation. The proposed name of the new charter school is DECA, she said – a name suggested by staff that draws from the popular and successful Denair Charter Academy independent study program that also is part of the DUSD.

“We really tried to combine the names of the schools,” Michelena said. “We didn’t want it to seem one was taking over the other. We want to create a new school. We want to take the best of both campuses.”

Michelena said her staff – 12 teachers at DES and eight at D2A – are united in their support of a combined campus. She said the two schools already have begun some joint activities, including a 20-minute assembly each Friday morning.

“We needed to come together and find a way to offer everything to all the students,” she said. “We want all to benefit. By expanding our focus, we also can offer more electives.”

Depending upon enrollment growth, Michelena said, additional teachers could be added. Already, she anticipates needing one or more paraprofessionals to assist Spanish teacher Donna Williams. A feature of the new school, she said, will be a voluntary dual immersion program in which students beginning in kindergarten spend 90% of their day being taught in Spanish.

Michelena said the new school will have students with the same teacher each morning and then rotate among new teachers after lunch to take electives such as art, music, dance, theater and computer lab.

The new charter, once written, must be passed by Denair trustees by April 30 before it can be reviewed and approved by the state.

Michelena intends to do more outreach and have other public information sessions this spring. Parents and others with questions now can reach her at smichelena@dusd.k12.ca.us. Sign-ups for the new school will begin after the state has approved the charter.