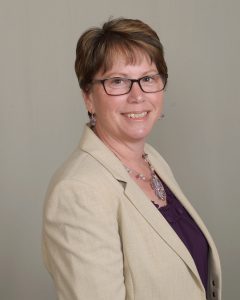 She will succeed Aaron Rosander, who will leave in June after four years as superintendent.

Metzger, 50, said one of the primary attractions to Denair was the sense of community pride and involvement in the school system she felt during her interviews.

“It’s a small town and a close-knit community,” she said. “I like getting to know people on a deeper-than-surface level. Small talk is not where I live.

“One of my favorite sayings is, ‘We’re doing life together.’ That’s been true everywhere I’ve gone. Education is really hard work. You have to feel you’re in it with a team. Along the way, you do life together. And that’s where relationships are so important.

In Santa Rosa, Metzger said her focus has been on professional development and district-wide implementation of high quality instruction and the new state standards. She also is experienced with programs related to English learners, intervention services, science, libraries, arts,  gifted and talented education, and teacher support. And, she is very familiar with school budgets.

That last skill will be important in Denair, which still is dealing with declining enrollment at Denair Middle School, though it has been steadily growing at Denair Elementary Charter Academy. Next year’s projections also anticipate growth at and Denair High School and Denair Charter Academy.

“I know they’ve had struggles with finances and still have some work to do, by their own admission, but they’re on much more solid footing,” Metzger said. “Now we can focus on teaching and learning, and bringing in innovative programs. That’s my wheelhouse.”

She is aware of and supports the proposal to write a districtwide charter, intended to more closely align instruction from kindergarten through high school.

“We have five charters in Rincon. I know how to manage that,” she said. “It allows us some benefits as a district … and to be more innovative. Families stay for excellent programs. If kids are getting what they need, parents aren’t going anywhere else.

Metzger said her first 90 days “will be lots of questions and listening to what people think is going well.”

“How do we listen to our community and design programs that set kids up for success?” she asked. “I think I have lots of tools in my toolbox. I feel like I’m going into it with my eyes wide open. We’ve got work to do, but I’m very excited. I hope this is my last job.”