The Cannes Film Festival is an international showcase each year for the best films and documentaries. Many of the world’s most famous actors, directors and producers are gathered this week along the French Riviera to celebrate their work.

Could tiny Denair be represented next spring? It’s possible.

A team of documentarians will spend this week in Denair following three students from their homes through their days at school and back again. The idea is to create a 10- to 15-minute documentary – and perhaps a longer film version – that captures teen life in a typical rural American town.

The idea was the brainchild of Denair High Principal Kara Backman, whose goal is to shine a positive light on the community as well as her campus.

“We want to show the public how we open the doors of opportunity to all kids,” she said.

Backman hired GoodCity Concepts from Cleveland to produce the documentary. She is familiar with their work, having seen videos they’ve created during her time as a national education consultant.

Videographer Henry Ortlip and production assistant Kaytie Leonard arrived last weekend from the Midwest and began work Monday. They will be in Denair through May 20.

Their mission? To portray eighth-grader Connor Prock, junior Adrianna Snyder and senior Alex Flores as authentic representatives of the broader student body and community. The students were selected with the blessings of their families.

“What we’re trying tell is the worth of Denair via some inspiring story lines,” Leonard explained.

For instance, Prock comes from a prominent farming family with generational roots in Denair. His parents, Joe and Danielle, are both Denair High graduates. His grandfather and uncle both have served on the school board. They operate a dairy with thousands of cows. Connor raises beef cattle, which affords a glimpse into agricultural life.

Flores is the second-oldest of five children among an immigrant family from Mexico. His older brother was the first family member to attend college; Alex will be the second.

The production team trades off following the students to some of their classes and homes with setting up and filming poignant interviews with their families, friends and teachers. Ortlip and Leonard also are busy collecting background footage in and around Denair, even using a drone camera to provide aerial views.

Dozens of hours of content eventually will be condensed to one or more short documentaries. There is outline, but the script evolves based on what they see and hear, Leonard said.

The GoodCity team has worked with schools before, Ortlip said. Other clients include businesses and churches who hire them to produce promotional videos and documentaries. He was in Myanmar (formerly Burma) recently; next week he’ll be in Mexico on another assignment and then Cameroon.

Leonard has lived in Texas, Georgia and Florida in addition to Cleveland, and has two degrees from universities in Ireland.

Neither has been to Central California before, though Ortlip went to college at Azusa Pacific and then UCLA. They were struck by the scale of agriculture and how quickly the landscape can change from country to city driving west from Denair toward Turlock.

“There are a lot of unique things we’ve seen already that we’re excited to capture,” Leonard said. “We’ve found a lot of very good stories.”

Backman anticipates the documentary will be ready by mid-summer. She intends to show it on the district’s social media sites, at student events or Back to School Nights, at large conferences … anywhere there’s an audience willing to learn more about the many good things happening in Denair.

Perhaps, even, an international crowd in Cannes at this time next year?

“Who knows?” Backman said. “We’re going to try to win a film festival with it.” 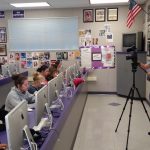 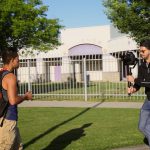 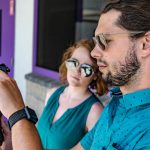