Denair’s students received their fair share of ribbons and recognition during the fair, but one of the most satisfying results for ag teacher and FFA adviser Taylor Doo was earned by one of the group’s youngest members, seventh-grader Dakota Rutherford. She walked away with two ribbons for her market Hampshire hog.

“Dakota got second in her class of 13; then she placed third out of all 65 intermediate FFA kids,” Doo said. “She was the only seventh-grader in the whole class. The rest are all in high school.”

Most of the students showing livestock have been raising their sheep, goats, lambs, pigs, chickens and cattle for months. It’s hard not to get emotionally attached to animals they care for, feed and bathe. Some even give them names – like sophomore Jasmine Baltazar, who calls her 260-pound pig Billy. He was 80 pounds when she got him in March, but has bulked by eating 3½ to 4 pounds of special feed daily. They won a third-place ribbon in the market category.

And when the auction is done this weekend, Baltazar has no illusions about what happens next. Billy – like and thousands of other animals on display – will be led to the slaughterhouse and turned into someone’s delicious pork chops, ham or bacon.

“My dad’s boss is going to buy him,” said Baltazar, adding there is zero chance of Billy winding up on her plate. 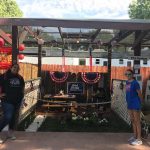 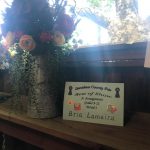 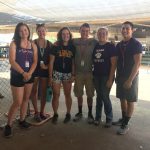